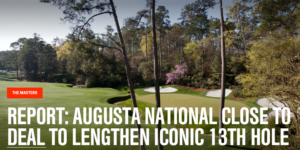 Augusta National Golf Club’s 13th hole is arguably the most famous par 5 in golf, and certainly, one of the most recognizable holes in the world. And now it appears headed for what will undoubtedly be one of the most scrutinized facelifts in golf history.

Golfweek has learned Augusta National is close to a deal with its neighbor, Augusta Country Club, to purchase land that borders its 12th green and 13th tee. No changes are planned for the par-3 12th, but the club is looking to push the 13th tee back about 50 yards. The dogleg-left par-5 currently plays 510 yards.

Currently, Augusta Country Club’s ninth hole sits just behind Augusta National’s 12th green and 13th tee. In addition to paying for the land — a price tag believed to be $27 million — Augusta National would offer to hire someone to redo Augusta’s ninth hole, according to Golfweek’s report. The move is also being done to add a service road back there and more of a buffer between the two courses.

Augusta National is No. 1 on Golf Digest’s list of America’s 100 Greatest Courses. It has been lengthened nearly 500 yards since 2001, including 25 yards to No. 13, but this new proposal would be by far the most drastic change to the storied hole.

In a 2011 review of every change made to every hole at Augusta National in the course’s history, Golf Digest architecture editor Ron Whitten details the evolution of the 13th hole from a 480-yard hole that actually played as the fourth hole in the first Masters in 1934, to the pivotal back nine par 5 it is today. Those changes can be seen below. 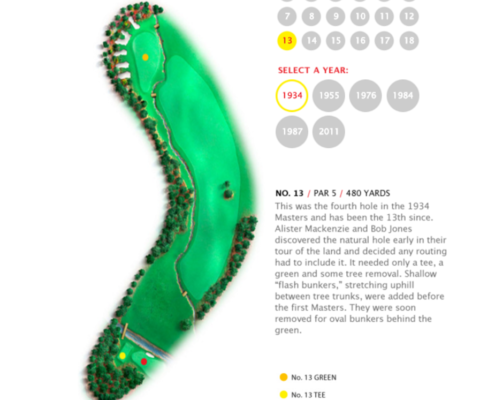 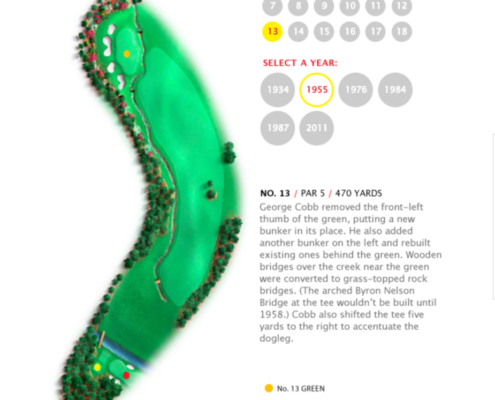 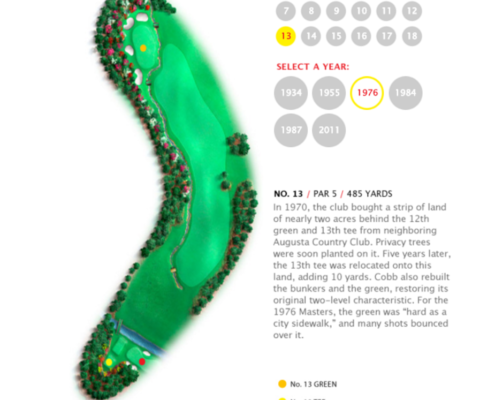 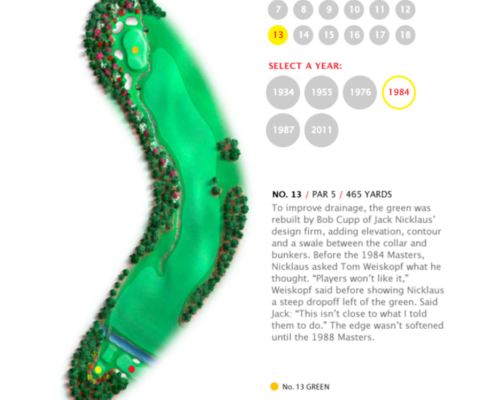 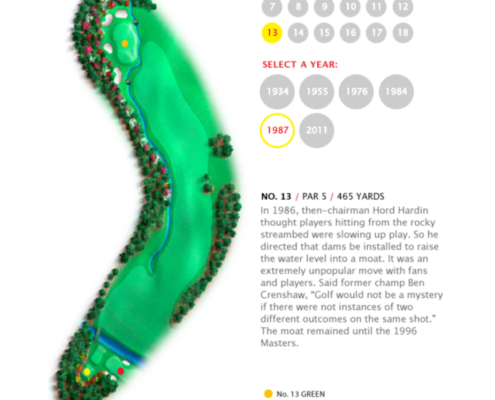 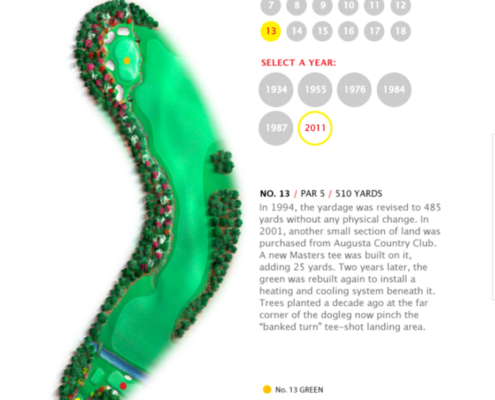 Want to Buy a Building Lot at Augusta National?

Did you know?
Scroll to top